On the evening of January 10th, 2020, at the Turtle Hall of Can Tho University, the ceremony was held to mark the 70th anniversary of diplomatic ties between Vietnam and Russia (1950-2020). 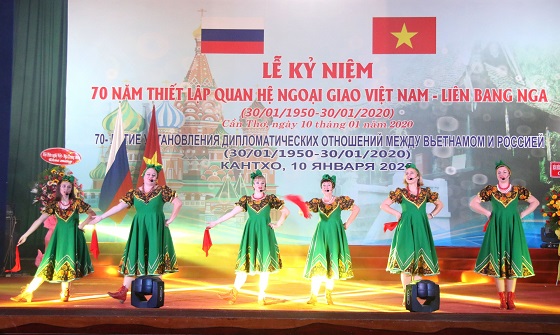 Speaking at the event, Mr.Truong Quang Hoai Nam - Vice Chairman of the City People's Committee said Viet Nam and the former Soviet Union officially established diplomatic ties on January 30th, 1950, and this special relationship has been inherited by Russia.

Russia became the first strategic partner of Viet Nam in 2001. Bilateral relations between the two countries have been strengthened in various fields, including politics, economy, science – technology, and defense. Mr. Vice Chairman additionally noted that trade promotion activities, cultural exchanges and human resource training have been carried out, creating considerable benefits for both nations.

In response, Mr. Popov Aleksey Vladimirovich - Russian Consul General in Ho Chi Minh City emphasized that he would continuously serve as a bridge for more Russian investors, companies to explore investment opportunities in Can Tho and more Russian tourists to visit the city, thus helping to intensify the traditional friendship and comprehensive strategic partnership between the two countries.

Also in the series of the anniversary activities, on the same day, the Consul General paid a courtesy call to leaders of Can Tho City. Mr. Tran Quoc Trung, Secretary of the Party Committee hosted and chaired the meeting with the diplomat. 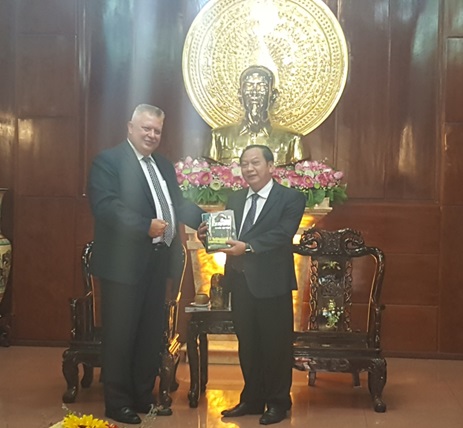 Both sides  discussed the overview of the developments in Viet Nam – Russia diplomatic relations since the date of the establishment and orientations to contribute to bolstering and enhancing such links.

They both expressed their happiness and readiness to support initiatives and create favorable conditions for localities of both sides to explore further cooperation chances. It was emphasized that the MOU signing between Can Tho City and the Republic of Mordovia, a constituent entity of the Russian Federation in August, 2019 has marked a vital step to strengthen Can Tho's links with Russia in general and Mordovian partners in particular.