Indonesian Consul General Bid a Farewell to Can Tho PC Leader

In the morning of March 16th, 2021, Mr. Hanif Salim, Consul General of the Republic of Indonesia led a delegation of members of the Consulate General of the Republic of Indonesia in Ho Chi Minh City and enterprises to pay a farewell to leaders of Can Tho City. Mr. Nguyen Thuc Hien, Deputy Chairman of the City People's Committee hosted a reception for the aforesaid delegation. 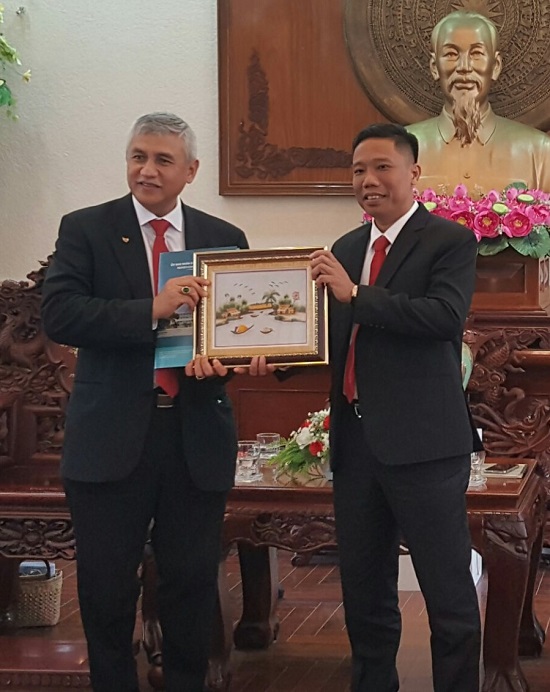 Mr. Hanif Salim started the discussion by congratulating Vietnam's successful organization of the 13th National Congress of the Communist Party, fulfilment of its role as ASEAN Chair 2020 and  its amazing and effective control of the COVID-19.

He said at present, the increase of mutual visits by Indonesian and Vietnamese passengers has owed to the efforts of the Indonesian Ambassador in Hanoi and he himself by kicking off a direct flight from Ho Chi Minh City of Vietnam to Bali of Indonesia in 2019. Therefore, Can Tho City, as a hub of the Mekong Delta with a strong development path is believed with great potentials to boost a cooperation tie with Indonesia if a direct flight route is considered and established in the future.

According to the diplomat, there are 40 Indonesian companies operated in Vietnam. This number, however, is not commensurate with potentials of both sides. As a result, more Indonesian companies are encouraged to invest in the city. To make it possible, under the pandemic context, the Consul General suggested online B2B conferences to be held so that enterprises of both sides can have intensive discussions for cooperation opportunities.

The Consul General said his office and Tien Giang province planned to organize a business forum between Indonesia and 13 cities, provinces of the Mekong Delta in June, 2020. It, however, was cancelled due to the COVID-19. With the good control of the pandemic in conjunction with support from Can Tho City, he hoped that the forum and its tentative activities could be carried out. 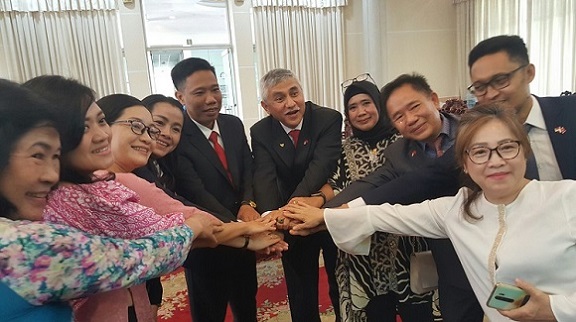 Joining hands to show cooperation commitments by both sides

In response to the diplomat, Mr. Nguyen Thuc Hien said he welcomed the proposal for opening a direct flight route between Can Tho City and Indonesia. To make it happen, the city is ready to receive Indonesian aviation companies to do market research to explore the travel needs of passengers from Can Tho City as well as those from the Mekong Delta region.

The Deputy Chairman agreed with his counterpart's suggestion to organize online B2B conferences to promote investment activities and cooperation possibilities between both sides. He added that relevant authorities of the city are looking forward to discussing the proposal further with the Consulate General of the Republic of Indonesia.

In regards to the business forum, the host leader expressed his happiness in participating in the forum with an expectation to help Indonesian enterprises understand potentials of the city for better investment and cooperation decisions.

Last but not least, the city leader and the Consul General highly appreciated the possibility to sign an MOU between Can Tho and one city/ province of Indonesia with same development conditions to enhance the bilateral relationship of Can Tho and Indonesia.

Towards the end of the reception, the Deputy Chairman wished his outgoing counterpart health and success in his new position.